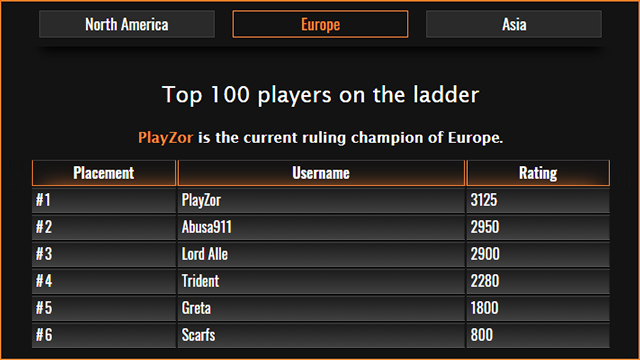 During the last couple of weeks, we have received many questions regarding the progress in the Bannermen development. What have been done lately? What are we working on right now? What remains? We absolutely love that we got such a dedicated and enthusiastic community, and with this post, we aim to update you all and answer the most frequently asked questions.

Ever since the alpha sessions ended in early November, we have improved the game and added new features to make Bannermen ready for beta and eventually full release. Following three things have been prioritized during this period:

1. Matchmaking & Rankings. We have started to implement a matchmaking system together with "ladders", in which you will earn ranking points depending on how you perform in ranked matches. You will no longer need to manually create lobbies and invite players using lobby-strings - the matchmaking system will automatically find you opponents, either you choose to play ranked or unranked. Leaderboards showing current top players in each region (continent) will be possible to access in-game and on the Bannermen website. The matchmaking and ranking system will be available for 1vs1 and 2vs2 games.

2. Singleplayer Campaign. We are currently finalizing the Bannermen campaign, a story-driven singleplayer experience consisting of 23 unique missions. In the campaign, you take on the role as Lord Berrian, who just have suffered a crushing defeat at the Battle of Beckron. You must regain former bannermen that have surrendered to Lord Karthor, and fight against the evil to restore peace in the realm of Valtoria. The campaign missions vary in both length and shape; there will be skirmishes, defense missions, stronghold break-ins, arena fights, and much more. Furthermore, in between missions, cinematics will guide you through the story, introducing new characters and events in an atmospheric setting.

3. Stability & Bugfix. A significant amount of our worktime has also been spent on making the game more stable, improving the performance and fixing bugs from the alpha. For example, we have fixed some selection issues and crashes, and are currently working on hunting down and resolving desyncs in the multiplayer. We will soon organise external focus groups to test the stability, to make sure that we in the end deliver a smooth and polished game to you all.

As for the future, we are now moving towards the final stages of the Bannermen development. We are eager yet extremely motivated to deliver a high-quality experience to all you RTS fans out there. As stated earlier, we aim to launch Bannermen this winter, with a free beta period shortly before the full release. Exact dates for these events will be announced in early/mid January 2019.